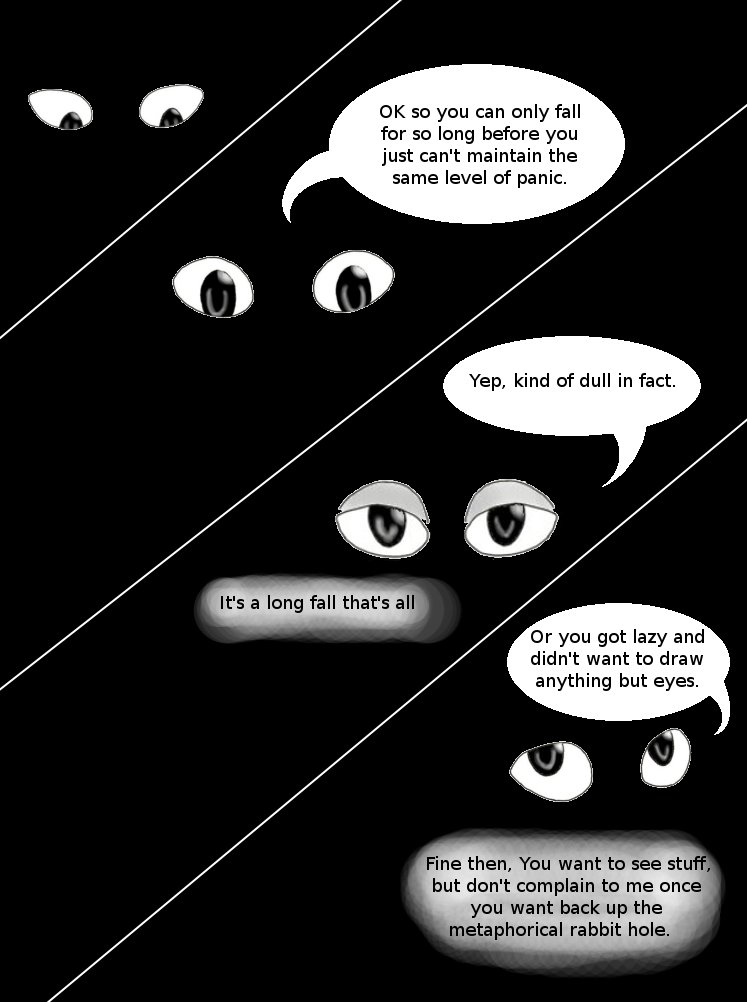 Kai Faydale
So some people were asking for a crazy slide down the trap door and now I guess Galling is asking for one too. Lets hope that they don't regret it later, and that I don't cramp my hand drawing all the crazy science gizmos. Also what do you all think about the pseudo background behind the narrator’s dialogue. Should I have gone with white text instead or some variant of what I did? Also do you think it is worth the extra time to add a background behind his text when there is just a gray wall or other background (some color not white but not dark enough to make reading hard).

Lee V.
I find it hard to read white text on a black background, so I like the opaque background choice. It conveys the darkness but is still easy to read.