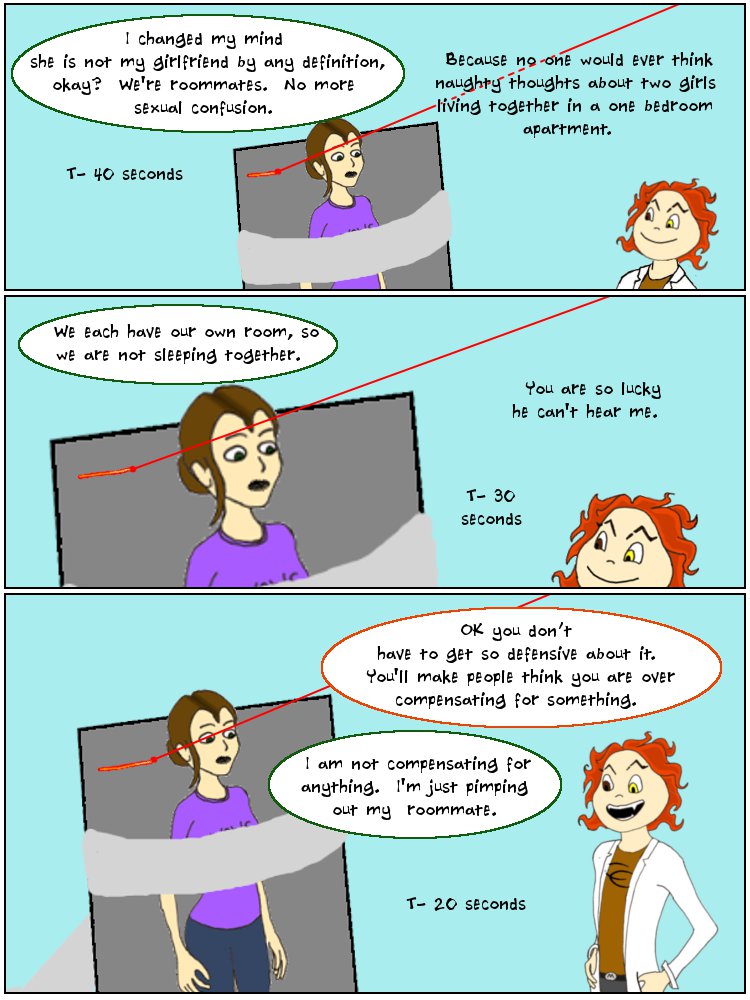 drmikeo
i vote for a blond:}

Kai Faydale
to address the votes for her being blond: i have been swayed by the overwhelming enthusiasm. well that and she was already blond, but she is now a little more blond thanks to you. I just need to come up with a hot blond name that is more goody two shoes then dumb blond.

Guest
Only if she has residual Borg implants.

Kai Faydale
I can not guarantee any implants in the next two chapters. although it does occur to me that if one were dating a mad scientist certain upgrades might be possible.

Zach Morris "Preppy"
So what was the deal with that "books dont work here" line Mad Scientist said?

Kai Faydale
Well to start it is the title of the comic. second it did a fairly good job of summing up what makes this world different from reality. physics is not very heavily enforced, and detailed things like the inside of books are assumed to have relevance even though they do not exist. the same concept would apply to a grocery store. unless it comes up in the plot food just appears in the store rather then coming form a farm, yet a box of cereal could not appear in the REI next door because they do not sell them in the real world. I basically wanted to play around with how most animated world were different from reality in a more concentrated form.

LooeyQ
Oh! ok I get it now